The Time I Found Out I Had Dyslexia

Home / TFALC Blog: Learning Tools and Educational Tips / The Time I Found Out I Had Dyslexia

(This was written by one of our students in response to a school prompt. “Write about a life event that changed you.” She gave us her permission to share her story.)

This story is probably what Disney would call TTI – The Time I….. This story is about the time I found out I had Dyslexia. It all started on a hot, and once I say hot I mean H-O-T kind of hot, June day of my fifth grade year. I had just gotten home from school and my dad called me into the office. As I was walking to the office, I started racking my brain for what I could have done wrong. What? You thought I would start sharing my criminal record? I wouldn’t give up that juicy information that easily. Anyway, as I walked into the office, my dad patted his leg softly to show I could sit on his lap. As I walked over to him, I knew there was no way he could be mad at me. His dark sea blue eyes sparkled with joy. 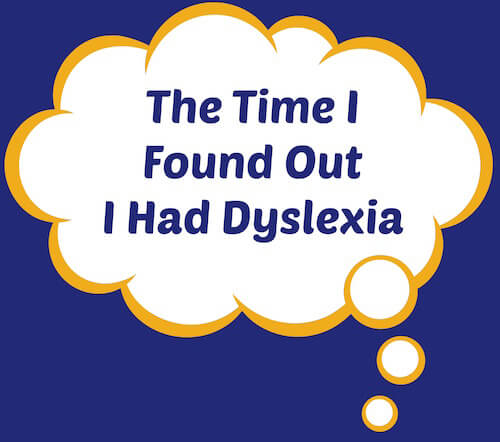 Once I finally sat down, I looked at our computer screen and there was a video ready to play. I thought it was one of his cool videos about kindness or justice but once Keegan walked in to get something off the desk, my dad shooed her away. I was taken back – usually dad wants all three of us to watch his videos so I knew this was something serious. He looked at me and said, “This is why school is so hard for you and me, I think.” I waited for more explanation but he just played the video. There was a lady talking in a conference room who was wearing a slick suit. She had a remote in her hand and behind her there was a projector. She said her name was Susan Barton and today she would be talking about something called Dyslexia. “I’ve heard about this” I thought to myself, “from the Bella Thorne Dyslexia commercials.” I remembered Bella Thorne saying she saw her B’s and D’s backwards and for some crazy reason I wished I had Dyslexia thinking it would be cool to see my B’s and D’ backwards but as this Susan Barton lady was talking she was saying seeing your B’s and D’s backwards was a myth and as she listed what Dyslexia really was I found myself nodding along thinking, “That is so me!” My dad told my mom about the video and they both wanted to get me tested for Dyslexia.

They searched online and finally found a lady in La Jolla who could test me. As I walked up the steps to the building, I felt nervous and scared. What would I have to do? Would it be hard? Would it be like in the book Divergent where I would be banished or killed? Calm down, Taylor, it’s just a couple of questions. After we met, she told me her name was Dr. Laverty and a couple of facts like 1 in 5 people are Dyslexic and there are over 1 billions parts to your brain. After it was over, I waited anxiously over the summer for the results to come.

Finally, two months before school started my parents told me they’d met with Dr. Laverty and that I had Dyslexia. Also, I had Non-Verbal Learning Disorder which I called Non-verbatosis. It meant that I had trouble making connections which is why it was so hard for me to make friends. After that, we jumped head first into getting help. I got a Dyslexic tutor and a school in the morning with one-on-one teachers to understand what they’re teaching in school – AND I’ve been cruising ever since. I wrote this report mainly to bring awareness to people about Dyslexia. Like I said, 1 in 5 people have it. It could be your sister or your best friend. It’s okay to be who you are because like Oscar Wilde says, “Be yourself – everyone else is already taken.”

The Family & Learning Center provides a unique type of tutorial intervention called Educational Coaching. All of our sessions are one-on-one and focus on teaching the student how to learn.

Follow us on social media for updates and more!

Want to schedule a consultation? We’re here to help! We welcome your calls/emails and invite you to visit our office with an appointment.